This course ran from 2003 to 2013.  A total of 133 students from many countries have done it.  They ranged from graduate students to full professor.

The mornings were devoted to talks.  In the afternoons the attendees worked in their laptops using Mathcad to implement the equations that were presented in the talks and to get numerical results from them.  The afternoon sessions were supervised by DC, Lucia Sivilotti, Remegijus Lape, Andrew Plested and Marco Beato. They also got a chance to try some of our own analysis programs.

The aim of the school is to teach how to understand enough matrix algebra to understand the theoretical papers written by Colquhoun & Hawkes, and others. These can all be downloaded here.

Now that the course no longer runs, DC has started to record the morning talks for YouTube.  Eventually we’ll add the Powerpoints and the Mathcad worksheets too.

So far 6 talks have been recorded and they are in a  YouTube playlist, click on the picture. 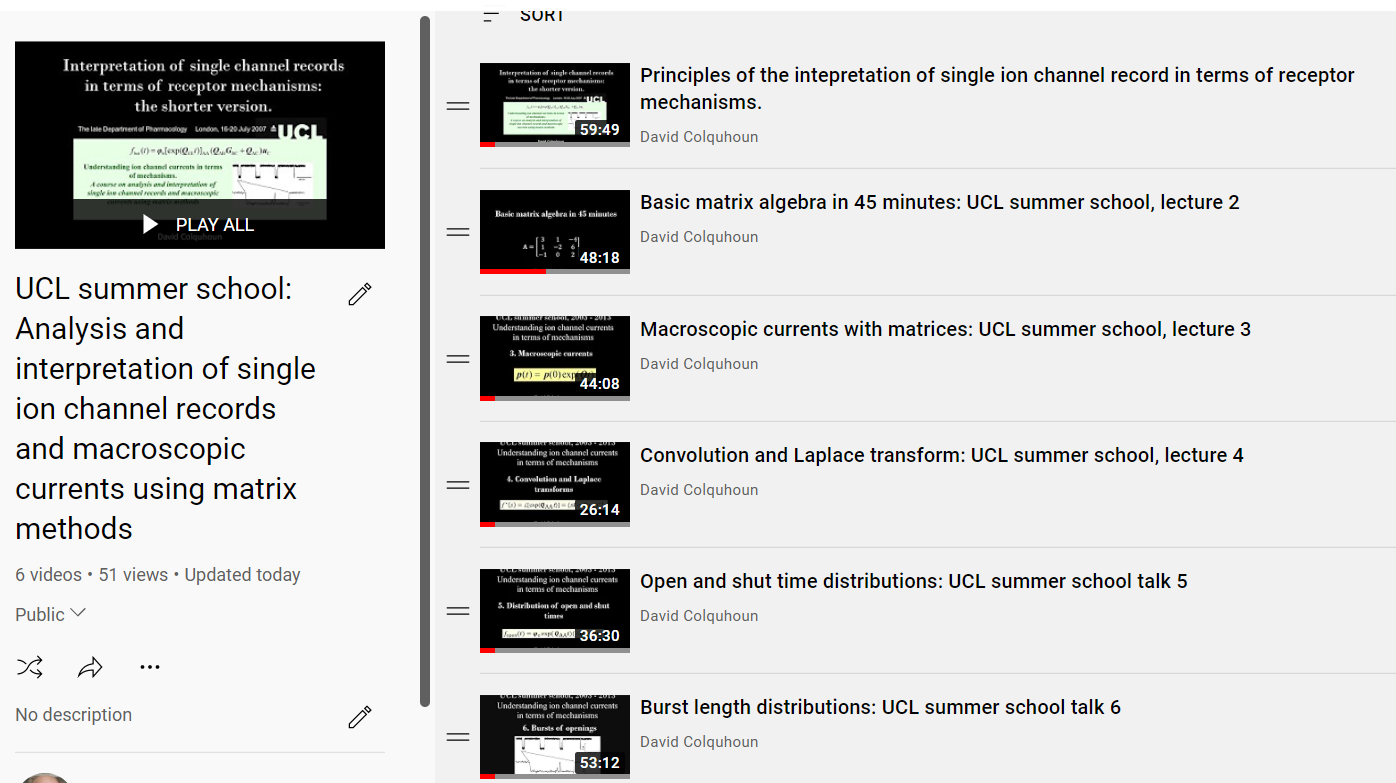 Aim of the workshop

The aim of this workshop is to explain the theoretical background that is needed to interpret ion channel experiments in terms of physical receptor mechanisms.
In order to do this, in any case apart from the very simplest, it is essential to know some basic ideas about matrices, and the workshop explains that (see lecture 2 in the playlist).

(b) Introductory section on statistics for those who need it

By the end of the workshop you should be able to understand the formula for the burst length distribution that appears on the workshop mug, at least well enough to evaluate it, and at best to be able to derive it.

(Note: in 2007 there was still a Department of Pharmacology at UCL)

Pictures taken on previous workshops from 2003 to 2010 are here.